We have art commissioned and some of that art is starting to trickle in. I took a shot at doing some layout so you can get a sense of how the final product will look. Here are some examples.

First up is the Fighter. 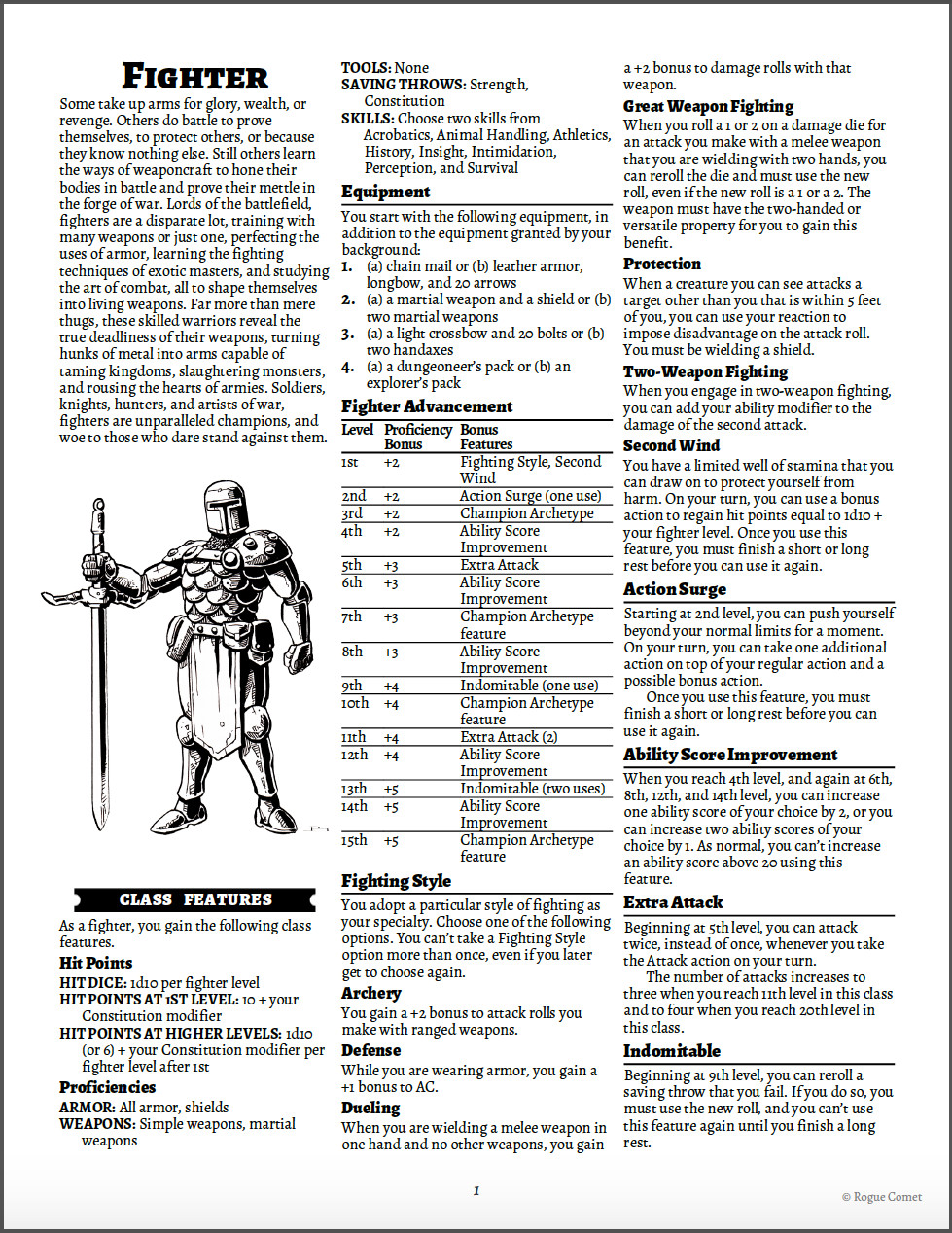 Next comes the Rogue. We thought about naming this class ‘Thief’ to make it feel more old-school, but one of our guiding principles is that you can have a player using Dungeonesque books at the same game as a player using a 5e Player’s Handbook, so we want to keep the rules and terminology consistent. For that reason, we’re still calling this class ‘Rogue’, though we’ll talk a lot about the Thief aspect of this class. 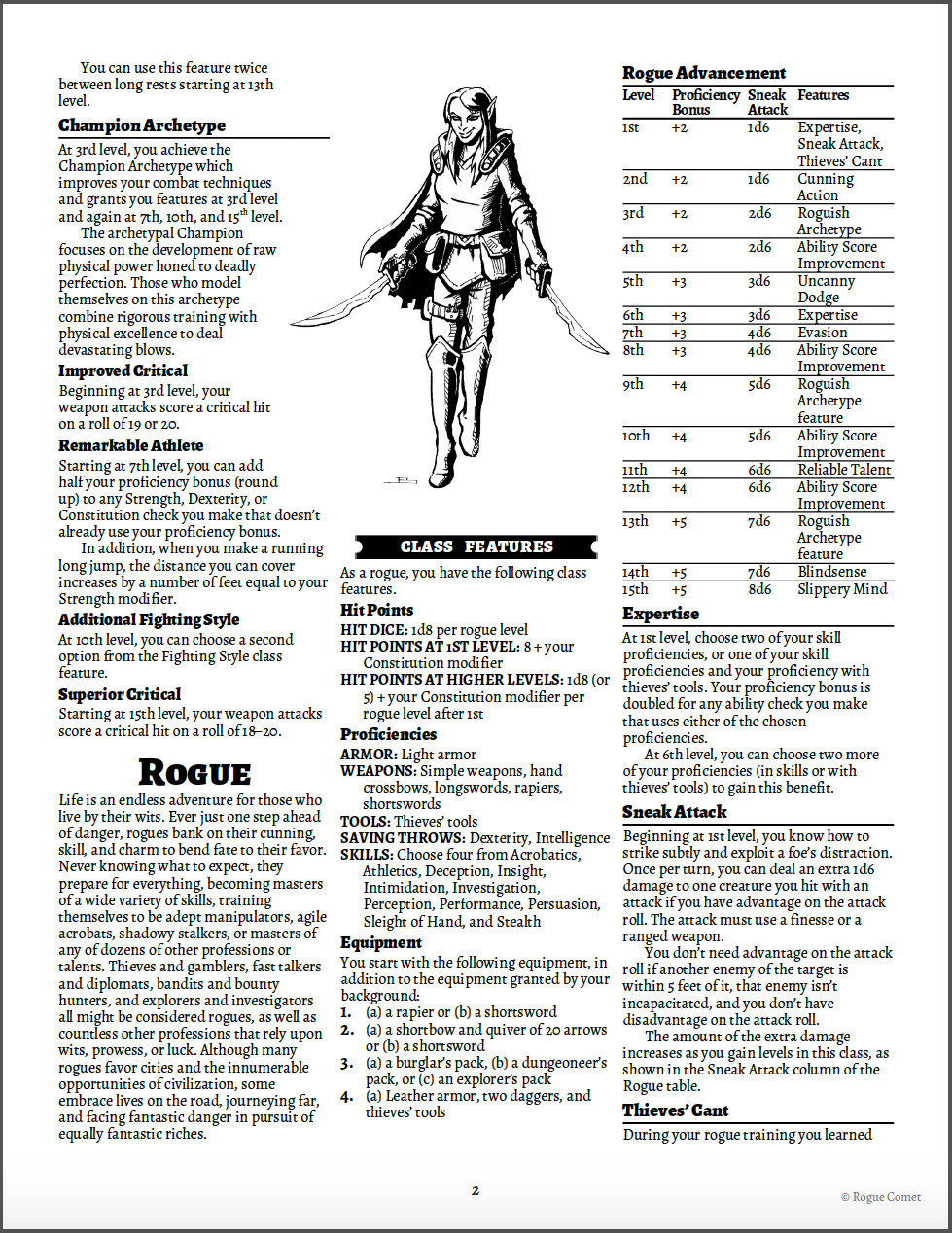 The last screenshot for today is the Wizard (using the term ‘Wizard’ instead of ‘Magic-User’ for the reasons mentioned about, but we’ll likely update the flavor text to refer to ‘Magic-User’ as an alternate name). 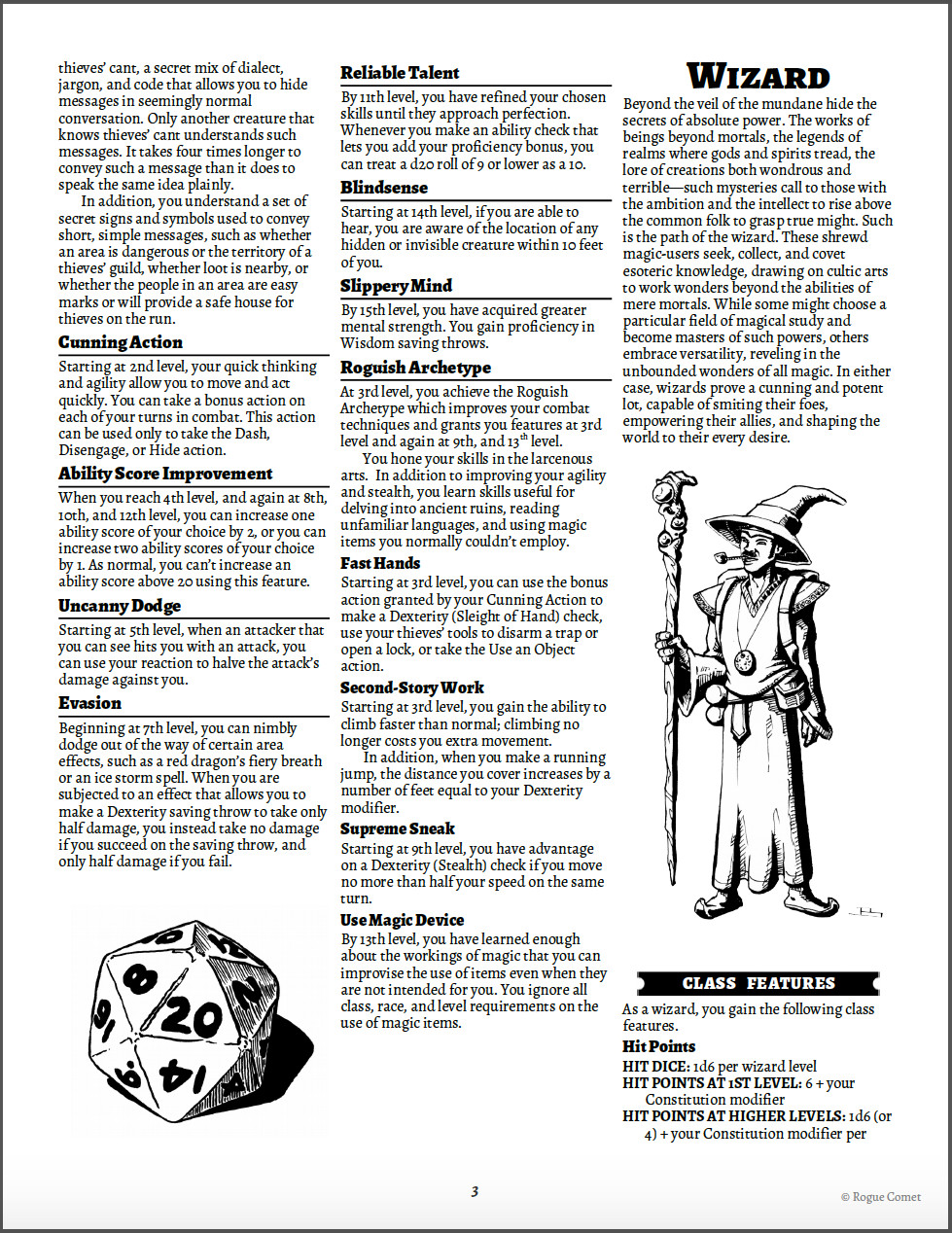 That’s it for today’s update! More news over the next couple of days as we approach the final hours of our fundraising!

Want to join us and help shape the direction of these products? Back our Dungeonesque Red Box Indiegogo fundraiser!