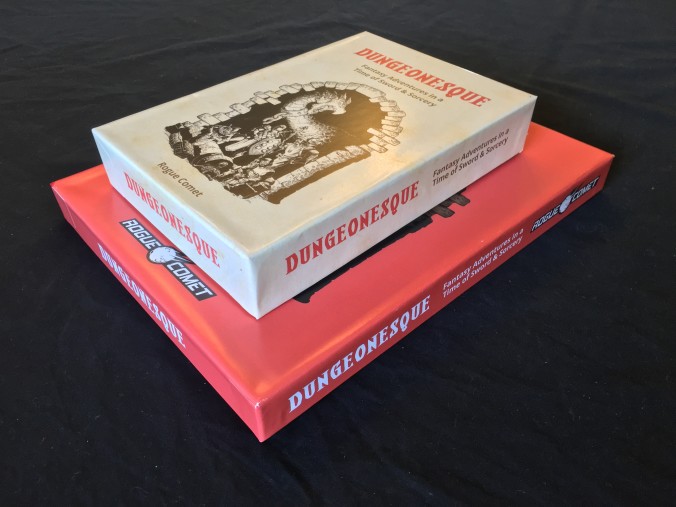 Here’s the latest on the progress of the Dungeonesque Red Box RPG! The TL;DR update is that:

Below are further details.

Today (after working through some Indiegogo / Backerkit integration challenges the last few days) we sent out a survey from BackerKit. BackerKit is our standard tool that we use with crowdfunding platforms Indiegogo and Kickstarter to allow people to make last minutes changes to their pledge. It’s also the way we distribute links to our customers to get the latest Dungeonesque Red Box RPG. For those participating in the private Google+ Dungeonesque Red Box group, you’ve already had access to the PDFs for a few days, but this allows non-beta test participants to now access the files.

The survey also allows those who are interested to order the World of Redmark Maps PDF Set and the 5e Adventure PDF Collection, some products that we released earlier this year.

Based on valuable feedback we’re getting from the folks who’ve looked at the files we released on May 31st, we’ve decided to add an additional month to our release schedule.  As one customer said:

I imagine other funders would agree with me in saying we would prefer to wait for a totally refined version to get it printed. Good things take time. Keep up the good work! And thanks for your efforts.

Based on great ideas folks are giving us, plus some refinements we realize are still needed, we will do at least one more release of PDFs (possibly two) and get feedback before we lock down the product for final release.  This means we’re looking at roughly July 1 to release a new version of the PDFs, and likely end of July for the final products to lock down and be released.

What Will Change in the Next Version?

Since we are just now sending out BackerKit surveys, we’ll wait till next week to do the survey for the latest packet. But there are already some changes we’re working on. Things we anticipate changing in the next version (with additional changes possible based on survey feedback):

We do also plan to add a better table of contents and index hyperlinks in the PDF. We’ll want to finalize the content before we add this though.

What About the Physical Box Sets? 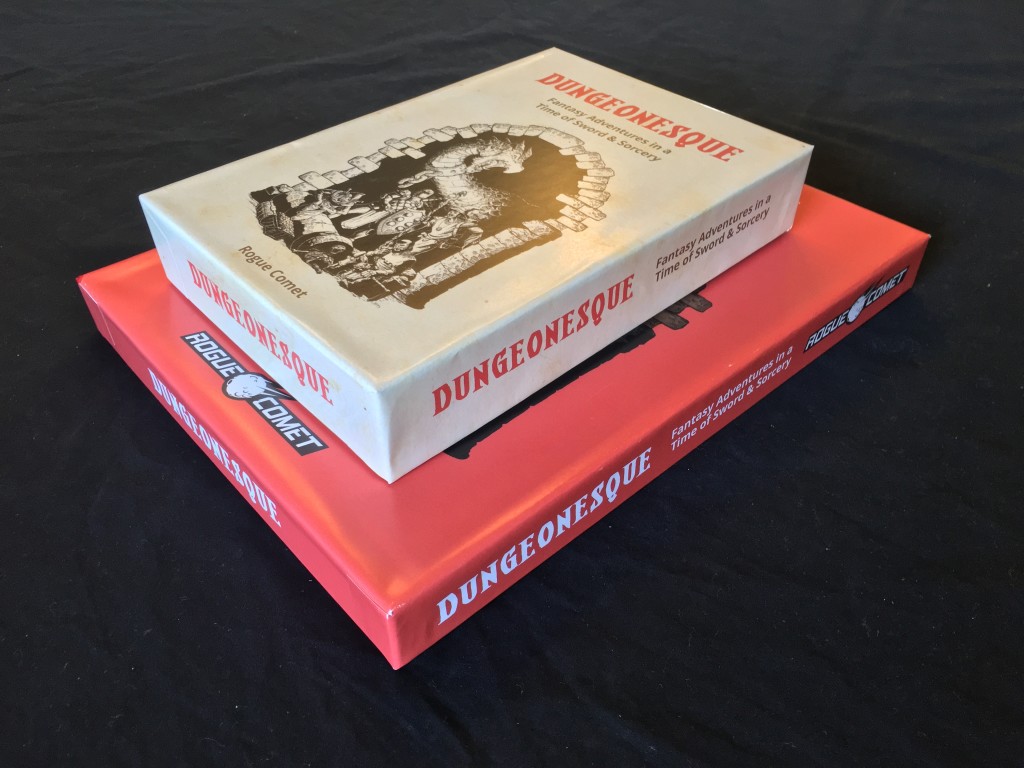 Stay tuned! We hope to make a big announcement next week on Phase II of our Red Box roadmap — a Box Set Kickstarter is soon coming your way!