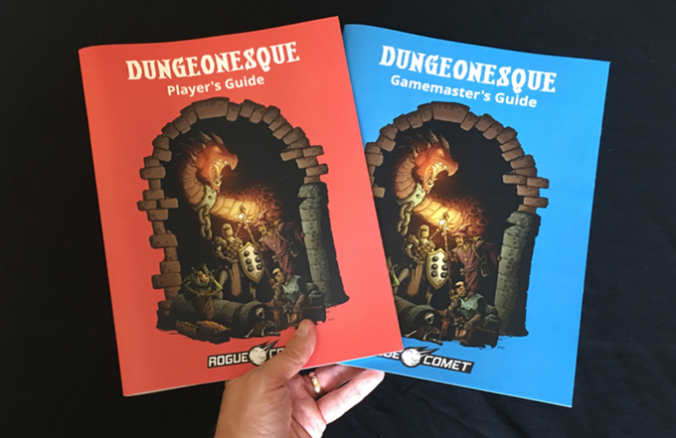 Hi folks! Here’s the latest on the Dungeonesque progress.

Dungeonesque Red & White Box Sets Kickstarter backers and Dungeonesque Red Box RPG Indieogogo backers will get the PDFs of the Red Box GM’s Guide and Player’s Guide along with the form-fillable character sheet PDF next week (around Aug. 10th, give or take a day or two). There’s a lot of overlap between backers, and  we decided it made most logistical sense to roll everything out at the same time.  We will provide more updates on other deliverables such as the White Box PDFs and physical products at that time.

As we’ve moved into final layout after four iterations of playtest versions of the documents, we had to wrestle with a one big question: should the Indiegogo version of the Dungeonesque Red Box books be the same, or different than the Kickstarter version that ships with physical boxes?

In our Indiegogo crowdfunding campaign, we committed to using DriveThruRPG to print the booklets, which has a 44 page limit for saddle-stitched booklets. In our Box Set Kickstarter, we can go up to 60 pages for the saddle-stitched booklets, since we’ll be doing a traditional print run. However, we’ve gotten feedback time and again that folks don’t want to be short-changed on content. Also, logistically we really wanted to keep the content between these two editions as similar as possible.

To this end, we did some test printing to see how perfect bound fared versus saddle-stitched binding. We printed out an earlier booklet we had ready of similar size and printed through DriveThruRPG as both saddle-stitched and perfect binding. (FYI, we tried to print out the actual Dungeonesque Red Box RPG books but  DriveThruRPG’s printer (LightningSource) had some issues with the color saturation on the covers which we could not quickly resolve, so we decided to use an adventure module for print test purposes).

Here’s the picture of the two versions opened up. As you can see, both lay very flat. Being able to lay flat was a big goal for this product. 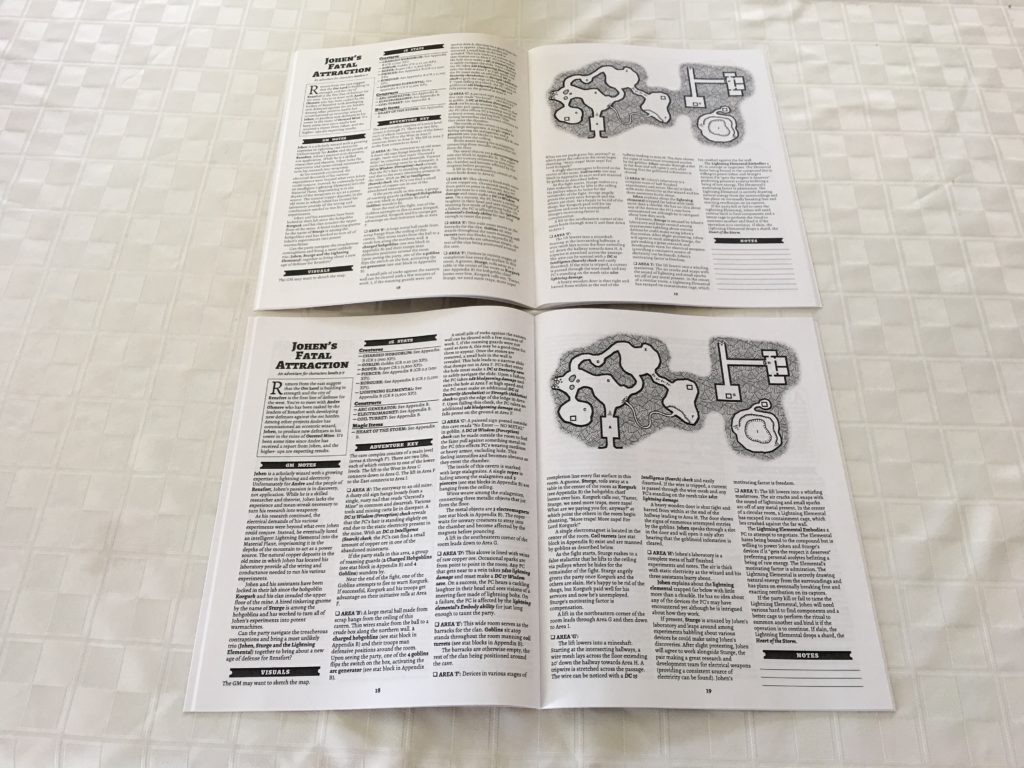 So after these print tests, we’ve decided that both the Dungeonesque Red & White Box Sets Kickstarter backers and Dungeonesque Red Box RPG Indieogogo backers will have the exact same content. Both versions will be around 60 pages per book. The solo adventure will be included in the Player’s Guide and not be broken out as a separate book.

Kickstarter and  Indieogogo  Physical Books Will Have Different Binding Types

The picture below shows the difference between the two binding types using our ‘Adventures in Varria’ module as a sample. 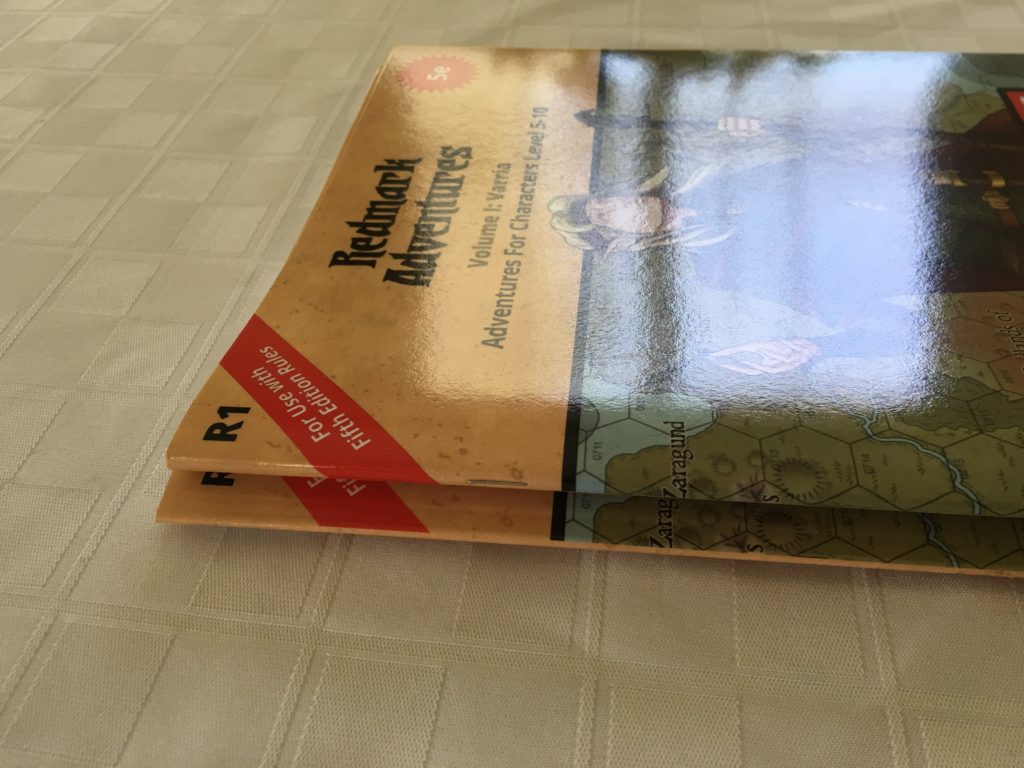 But both versions will have the same interior content.

Let me know if you have questions! Drop me an email at info@roguecomet.com.